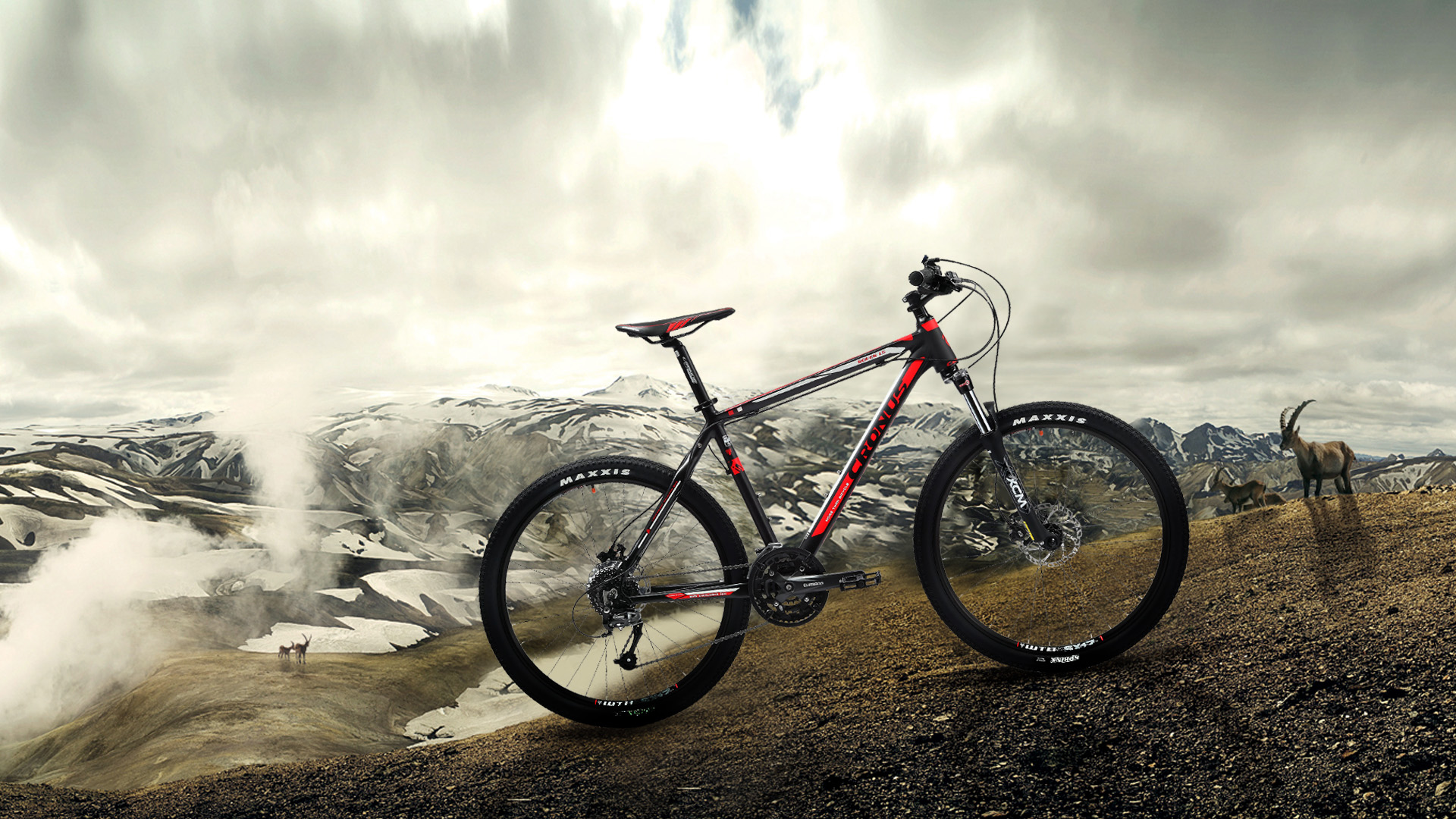 Basically, all modern mountain bikes have a wheel diameter of 26 inches (559 mm). (although recently, in bicycle circles, they began to say that increased wheel sizes are required – 28 “- but so far it’s just talk, it hasn’t come to practice.) There are mountain bikes with a 24-inch wheel diameter – they are designed for teenagers 12- 16. There are also bicycles with and without shock absorbers, although recently models without a front shock absorber are considered bad form.There are models with two shock absorbers (front and rear) .Bikes of this type have a heavy-duty construction, wide tires with a pronounced tread rum.

Modern mountain bikes have from 18 gears, easily pass on any road. Currently, bicycles are equipped with 18-27 gears, they provide a change in gear ratio in a very wide range. They are enough for high-speed traffic on the highway, and on a steep climb on a heavy road. Now mountain bicycles are also produced, which are oriented to ride around the city. They have rigid forks and relatively narrow slick tires.

Mountain biking is largely universal – it allows you to comfortably move around the city and forest paths, overcome difficult rocky routes and quickly go along the highway. The most common and universal type is a bicycle with a front shock absorber and a classic frame. However, they develop less speed on highways.

All mountain bikes have common features. They have a sturdy frame of small size with high ground clearance. The frame is usually made of chrome-molybdenum steel, aluminum alloys, less often – titanium or carbon fiber.

Shifters (shift knobs) are located on the steering wheel, which allows you to shift gears without taking your hands off the steering wheel (fingers). The design of the front and rear switches, drive and driven sprockets and chains allow reliable gear shifting in conditions of severe pollution and high loads. The mountain bike braking system is presented in the form of a V-brake (rim brakes); more recently, these are disk brakes (the difference between rim and disc brakes can be found in the corresponding article on our website).

According to the design features of depreciation, mountain bikes are divided into four main types. The first type is rigid, which does not have depreciation. The second type is hardtail, they have a shock absorber. Two-suspension bikes (full-suspension) – bicycles with rear suspension and suspension fork. The fourth, less common type is softtail (softtail), these bikes have a shock absorber, a special design of the feathers of the rear triangle of the frame provides shock absorption of the rear wheel.

Medium-priced and most common mountain bikes. These models are designed for moderately aggressive driving on roads and off-road. These models are suitable for lovers of riding on various roads. Basically, these are hardtails that provide a relatively high landing, which does not load the hands heavily. These bicycles can be fitted with luggage racks and frames. There are models with low frames. There are models with both male and female frames.